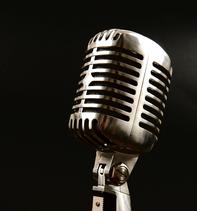 Jay James - Assistant Director and Board Chairman
Jay James graduated from the University of Virginia in 2000 with a degree in Religion. He then began working at the Charlottesville Radio Group where he is the Sports Director and host of “The Best Seat in the House.”  In 2006 he began working for the University of Virginia Sports Radio Network where he is the studio host for UVA men’s basketball games and a sideline reporter for UVA football.  From 2007 - 2009, he was a board member for the Thomas Jefferson Area United Way.  He was also on the advisory board for the Jefferson Area Board for Aging in 2008.

Jay began working for the Bridge Ministry in 2009 where he is the Assistant Director.  At the Bridge, he works with intake and admissions, is the program advocate for public relations and legal agency partnerships, teaches a weekly class, and creates television and radio exposure opportunities.  Jay also began working at the Charlottesville Newsplex in 2012 where he hosts a weekly television segment entitled “Jay James on Faith.”