Mr. Washington served as an elder for six years at Christ Community church. In 2001, he was recognized as one of a “Distinguished Dozen” by the Daily Progress, a local newspaper that recognizes twelve people each year who are leaders in the community. In 2006, Mr. Washington received the Bridge Builders award given by the City of Charlottesville and had his name placed on the Drewary J. Brown Memorial Bridge “in honor of those people who succeeded in building bridges in our community.” He was the youngest recipient to date.  That same year, he also published his autobiography, His Grace Is Sufficient. The following year, he received an award for outstanding service to the community from the Widow’s Sons Masons. He later released his second book, People, Places, & Things: A Guide to Overcoming Addictive Behavior. In August 2009, he  founded The Outreach Church, now located in Buckingham on the Bridge Ministry campground.  The Lord showed William a new way to minister to people—by the Spirit. Preaching and teaching more from his life and relationship with God. By letting the Holy Spirit lead him in the pulpit, William saw how God wanted to speak for Himself and draw into close fellowship with His people. This is how “Relationship and not Religion” became the mission message of the Outreach Church.  William’s life gives evidence that it doesn’t matter where a man or woman has come from or the challenges they have been through. Through a personal relationship with God, each of us can have God’s sufficient grace day by day.

Mr. Washington teaches classes each day to provide the students with practical steps to overcoming their addiction.  He also works directly with the students in the auto mechanic and body shop as well as other areas of vocational training. 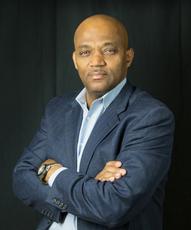